Hey friends. Today I am bringing you this weeks Stacking the Shelves. Stacking the Shelves is a weekly meme hosted by Tynga’s Reviews and Reading Reality. All you have to do is share what books you got in the previous week. You can find more information here. Read on to see all the books I have acquired in the last two weeks (I missed last week’s post, oops).

A Conjuring of Light by V.E. Schwab (Shades of Magic #3) 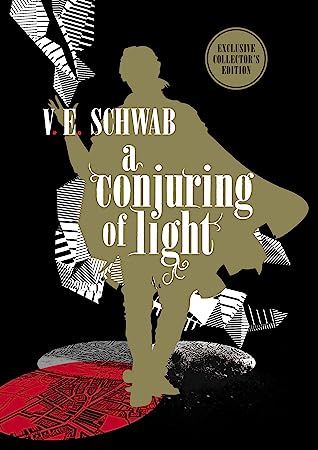 Witness the fate of beloved heroes – and enemies.

THE BALANCE OF POWER HAS FINALLY TIPPED…
The precarious equilibrium among four Londons has reached its breaking point. Once brimming with the red vivacity of magic, darkness casts a shadow over the Maresh Empire, leaving a space for another London to rise.

WHO WILL CRUMBLE?
Kell – once assumed to be the last surviving Antari – begins to waver under the pressure of competing loyalties. And in the wake of tragedy, can Arnes survive?

WHO WILL RISE?
Lila Bard, once a commonplace – but never common – thief, has survived and flourished through a series of magical trials. But now she must learn to control the magic, before it bleeds her dry. Meanwhile, the disgraced Captain Alucard Emery of the Night Spire collects his crew, attempting a race against time to acquire the impossible.

WHO WILL TAKE CONTROL?
And an ancient enemy returns to claim a crown while a fallen hero tries to save a world in decay.

I’ve never actually read this series, but I’m really excited to. I’ve enjoyed the books of Victoria’s that I’ve already read, and this series sounds right up my alley. I’m slowly collecting the UK collectors editions. I’m now only missing A Gathering of Shadows, so hopefully I’ll get that one soon! 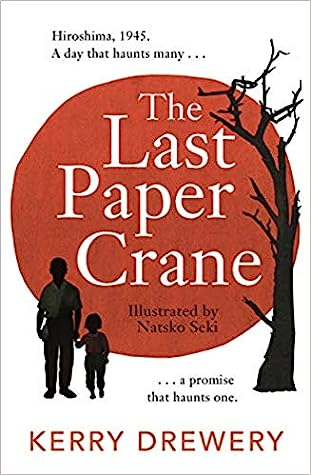 One thousand paper cranes to achieve your heart’s desire.

1945, Hiroshima: Ichiro is a teenage boy relaxing at home with his friend Hiro. Moments later there is a blinding fl ash as the horrific nuclear bomb is dropped. With great bravery the two boys find Hiro’s five year-old sister Keiko in the devastated and blasted landscape. With Hiro succumbing to his wounds, Ichiro
is now the only one who can take care of Keiko. But in the chaos Ichiro loses her when he sets off to find help.

Seventy years later, the loss of Keiko and his broken promise to his dying friend are haunting the old man’s fading years. Mizuki, his grandaughter, is determined to help him. As the Japanese legend goes, if you have the patience to fold 1,000 paper cranes, you will find your heart’s desire; and it turns out her grandfather has only one more origami crane to fold…

I recently finished listing to the audiobook of this one and I absolutely loved it, so I knew I had to buy my own copy. The book came with a square bit of paper and instructions on how to fold an origami crane in the back, which I thought was a nice touch. You can find my review of this book here.

What books have you acquired recently? Have you read either of these? Lets chat!