Hey guys. Today I am bringing you this weeks Stacking the Shelves. Stacking the Shelves is a weekly meme hosted by Tynga’s Reviews and Reading Reality. All you have to do is share what books you got in the previous week. You can find more information here. Read on to see all the books I have acquired recently. 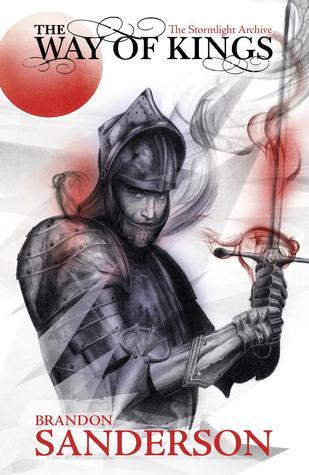 The Way of Kings by Brandon Sanderson

According to mythology mankind used to live in The Tranquiline Halls. Heaven. But then the Voidbringers assaulted and captured heaven, casting out God and men. Men took root on Roshar, the world of storms. And the Voidbringers followed…

Or so the legends say. Today, the only remnants of those supposed battles are the Shardblades, the possession of which makes a man nearly invincible on the battlefield. The entire world is at war with itself – and has been for centuries since the Radiants turned against mankind. Kings strive to win more Shardblades, each secretly wishing to be the one who will finally unite all of mankind under a single throne.

On a world scoured down to the rock by terrifying hurricanes that blow through every few day a young spearman forced into the army of a Shardbearer, led to war against an enemy he doesn’t understand and doesn’t really want to fight.

What happened deep in mankind’s past?

Why did the Radiants turn against mankind, and what happened to the magic they used to wield?

I’ve been really getting in to Brandon Sanderson’s Cosmere books, so I’m trying to slowly collect them up. I have quite a few of them now, and I’m really looking forward to getting to them all. I have heard amazing things about The Stormlight Archive, too. 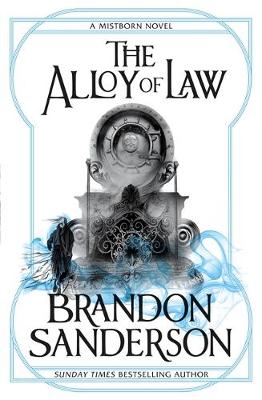 The Alloy of Law by Brandon Sanderson

Centuries after the Mistborn trilogy, Scadrial is on the verge of modernity – railroads, electric street lights, and skyscrapers. Waxillium Ladrian can Push on metals with his Allomancy and use Feruchemy to become lighter or heavier at will. After 20 years in the dusty Roughs, in the city of Elendel, the new head of a noble house may need to keep his guns.

I am planning on diving into this series once I finish reading Mistborn era 1, but I am a bit nervous about this, because I tend to not enjoy fantasy that includes modern technology as much. We’ll see what I think of this.

The Poppy War by R.F. Kuang

When Rin aced the Keju—the Empire-wide test to find the most talented youth to learn at the Academies—it was a shock to everyone: to the test officials, who couldn’t believe a war orphan from Rooster Province could pass without cheating; to Rin’s guardians, who believed they’d finally be able to marry her off and further their criminal enterprise; and to Rin herself, who realized she was finally free of the servitude and despair that had made up her daily existence. That she got into Sinegard—the most elite military school in Nikan—was even more surprising.

Because being a dark-skinned peasant girl from the south is not an easy thing at Sinegard. Targeted from the outset by rival classmates for her color, poverty, and gender, Rin discovers she possesses a lethal, unearthly power—an aptitude for the nearly-mythical art of shamanism. Exploring the depths of her gift with the help of a seemingly insane teacher and psychoactive substances, Rin learns that gods long thought dead are very much alive—and that mastering control over those powers could mean more than just surviving school.

For while the Nikara Empire is at peace, the Federation of Mugen still lurks across a narrow sea. The militarily advanced Federation occupied Nikan for decades after the First Poppy War, and only barely lost the continent in the Second. And while most of the people are complacent to go about their lives, a few are aware that a Third Poppy War is just a spark away . . .

Rin’s shamanic powers may be the only way to save her people. But as she finds out more about the god that has chosen her, the vengeful Phoenix, she fears that winning the war may cost her humanity . . . and that it may already be too late.

I have heard endless good things about this book and series, and I am really keen to dive in. 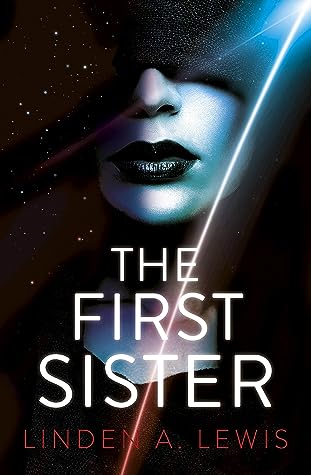 The First Sister by Linden A. Lewis

First Sister has no name and no voice. As a priestess of the Sisterhood, she travels the stars alongside the soldiers of Earth and Mars—the same ones who own the rights to her body and soul. When her former captain abandons her, First Sister’s hopes for freedom are dashed when she is forced to stay on her ship with no friends, no power, and a new captain—Saito Ren—whom she knows nothing about. She is commanded to spy on Captain Ren by the Sisterhood, but soon discovers that working for the war effort is so much harder to do when you’re falling in love.

Lito val Lucius climbed his way out of the slums to become an elite soldier of Venus, but was defeated in combat by none other than Saito Ren, resulting in the disappearance of his partner, Hiro. When Lito learns that Hiro is both alive and now a traitor to the cause, he now has a shot at redemption: track down and kill his former partner. But when he discovers recordings that Hiro secretly made, Lito’s own allegiances are put to the test. Ultimately, he must decide between following orders and following his heart.

This was the August Goldsboro SFF book and I am really excited to read it. I love sci-fi, but for some reason I don’t read a lot of it. This book also features a non-binary main character, which is not something I have seen a lot of in books.

What have you bought this week? Let me know!