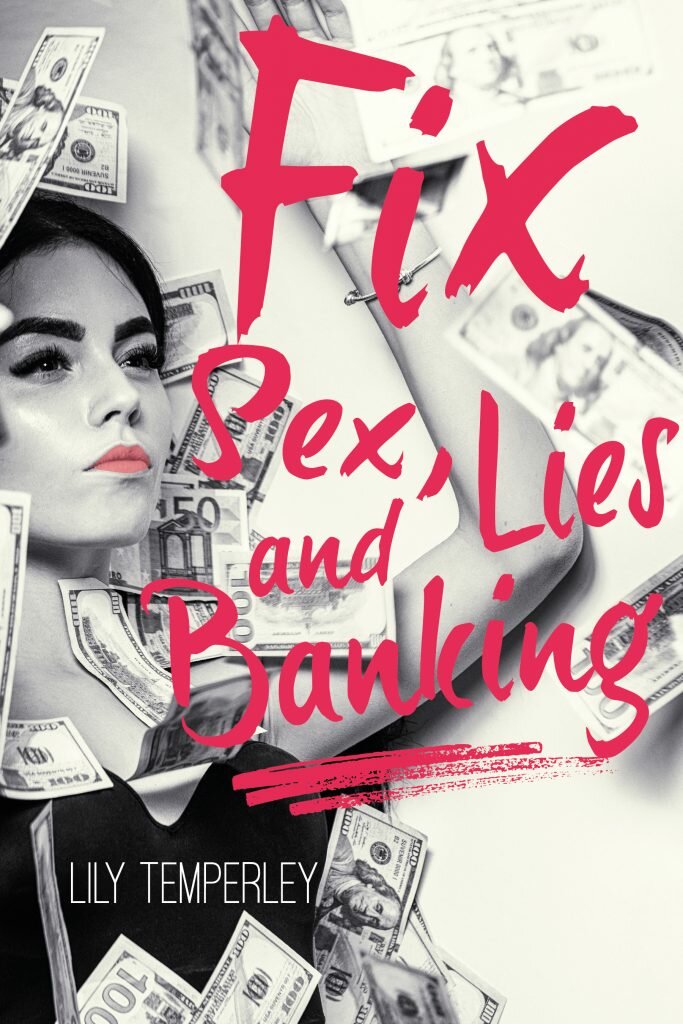 Title: Fix: Sex, Lies and Banking
Author: Lily Temperley
Release Date: 7th June 2014 (But released with a new cover)
Genre: Romance
Page Count: 218
Publisher: Clink Street Publishing
Goodreads Link: https://www.goodreads.com/book/show/23785609-fix
Amazon Link: https://www.amazon.co.uk/Fix-Lies-Banking-Lily-Temperley/dp/190947701X
Summary: What’s love got to do with it? Patrick Harrington is handsome, wealthy and successful. He is also a high-functioning addict that craves his next fix. His vices of choice are money and women: taking risks at work and pursuing multiple sexual conquests. Determined to get what he wants, as he always does, Harrington fixates on Alexandra Fisher – the latest pretty young thing in his office.

My five favourite things about my protagonist, Alexandra Fisher

1) Sense of humour and sense of fun

Alexandra does not take herself too seriously. She can hold own with snappy come backs and diffuse tension with comedy. Alex is willing to try new things, get out of her comfort zone and learn all the while. I think her way of looking at the world can make her seems naïve, but I think this makes her more relatable. We cannot know everything all the time and life (in this case Patrick) is a great teacher. Alexandra is a firm believer in the Mark Twain advice: “Twenty years from now, you will be more disappointed by the things you didn’t do than by the ones you did do…”

The story highlights that Alex feels emotions deeply and holds herself to a high standard in the things that matter to her – her relationships with family, friends and significant others, as well as the things that inspire her like fashion, travel and professional development. It is this trait that also leads her to the edges of what she finds acceptable and causes her to assess her own emotional and mental safety in the relationship with Patrick.

Patrick seems to be the one driving their relationship but as the narrative unfolds Alexandra has her own thoughts and can be firm with her boundaries. Her choices and actions are true to herself and illustrate a steely determination in this young lady. She is also ambitious and conscientious in her work showing this characteristic in another facet. She is goal-oriented and a planner so some of the spontaneity of the fast-paced intimacy with Patrick catches her off guard.

Alexandra proves herself to be a good daughter, friend, colleague, and partner. Her ability to look at life through other people’s eyes and share their joy and pain is admirable. She has had a lot to deal with on her own journey with the tragic loss of her father and the breakdown of her relationship with Joey, yet she still allows herself to be open to giving and receiving love. Despite all that she endures with Patrick she can still find echoes of herself in him. This might impact her judgment regarding him but is still a commendable attribute.

Alexandra finds herself in a maelstrom and not for the first time in her life. The use of power and control trip her into feelings of shame and angst. She feels hurt and somewhat out of control. However, the Winston Churchill maxim “if you are going through hell, keep going” is apt as she continues to demonstrate resilience and flexibility in the ever-changing torrent she finds herself in with Patrick. This is also evident in her ability to deal with a demanding job and a demanding boss in the form of Eloise. Alex has two narcissistic personalities to handle and this takes a lot of energy and resolve to face up to.

Lily Temperley is now based in an exotic location after fifteen years of living and working in London. She arrived in London at the tender age of twenty with a dream: to dominate the world and see as much of it as she could while doing so. Reality soon bit with paying her rent becoming paramount, and so it was that she shunned everything she learnt at law school and opted for a shiny, lucrative job in the city.

Roll the clock forward more than a decade, she was married, she was single; she was armed with a list of more than fifty countries visited and had some money behind her. She was hit by an epiphany. After a lifetime of being known for both her tendency for amateur dramatics in everyday life and storytelling riddled with hyperbole, she confirmed to herself that, actually, her dream had always been to write.

What life had done in the time preceding this revelation was provide her with rich material, amazing experiences, and deep relationships on which to base her prose. To crystallise her declaration that she was now a writer, she promptly resigned from the city job, bought a new laptop and began to write.

The basis for her first book is her own life experience. She grew up in an investment bank. She’s had jobs working in the executive suites of two of Britain’s largest firms and has seen both these companies handle catastrophes on a global stage. Interwoven with that, she had an intimate relationship with a very senior executive, providing a real-life romantic angle to the corporate setting. True life is stranger than fiction and our stories – however shameful or hurtful – must be told.

Blog Tour: Beyond the Funeral by Peter Marshall (Guest Post)