Hey guys. Today is my stop on the blog tour for Caught in a Cold War Trap by Miller Caldwell and I am bringing you a guest post. Enjoy! 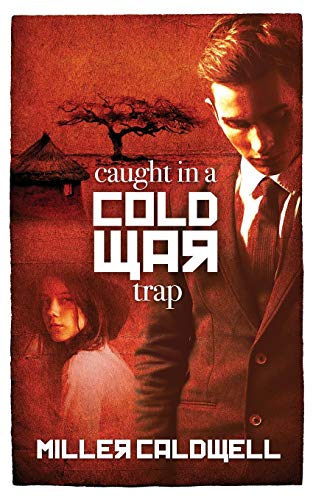 Title: Caught in a Cold War Trap
Authors: Miller Caldwell
Release Date: 27th February 2020
Genre: Historical
Page Count: 172
Publisher: Clink Street Publishing
Goodreads Link: https://www.goodreads.com/book/show/51206507-caught-in-a-cold-war-trap
Amazon Link: https://www.amazon.co.uk/Caught-Cold-Trap-Miller-Caldwell-ebook/dp/B084KWLL2Q
Summary: Listening to a Radio Moscow broadcast on holiday on Jura, Glasgow schoolboy Robert Harvie finds errors in the programme which he reports to the Russians. Then, as a student, the Soviets give him a grant, and so Robert is inadvertently compromised. His first job takes him to Ghana, and soon he has murder on his hands. How can he escape Soviet attention?

1 Naivety to be found in his predicament

2 A romantic first love but can he keep Morag?

3 Guilty feelings for the murders he committed

Inspired by true events, Robert Harvie was a schoolboy when his first contact was made to the Russian State, correcting errors in their radio broadcast.  He was naive but the Russians were patient. They helped him select Russian as a language when he went to university to study modern languages as they provided him with a pen pal who taught him the Cyrillic script.  As a first year student the Russians gave him a grant. Once accepting this money Robert was compromised. How naive.

The post chosen by the soviets for him after graduation was in a groundnut oil production factory at Tamale in northern Ghana. (I lived in Ghana for 8 years and know the country well.) The alcoholic general manager, Igor Utechin, asked Robert to take a box of chocolates to a Russian in Sandema. The chocolates were poisoned and they killed him. Robert neither was aware of their poisonous nature nor that he was a dissident. Unfortunately Robert, who the Russians knew was allergic to chocolate, gave four chocolates to a family of Ghanaian children sitting by the evening cooking fire. The children died too.

Fearing his identification being broadcast and horrified by his mission, Robert was flown to Accra to live hidden in the Russian Embassy. There his hair was dyed and he grew a beard.  His medical student girlfriend, Morag, came to Accra to do her elective medical placement in tropical medicine and be able to see Robert. Robert’s relationship with Morag went through a rough passage as he revealed why he was no longer in Tamale and with the drastic change in his appearance.  The Russian Embassy meets Morag and proposes sending them when qualified and married to South America where the Russians have plans to topple a right wing country.

Robert completed two more spying assignments in Accra by finding out about IRA proposed mainland attacks in the UK and a scam in the British High Commission concerning the sale of cars. This was before Morag’s completion of her work at Korle Bu Teaching hospital. The day she flew home, he made contact with the British Embassy. He could not receive asylum but was given a new identity by the British which he had to accept. On his return to Glasgow, Morag was displeased with the name change but saw why it was necessary. Robert had made the break from the Russians and after a year reporting at the local police station, they married. Robert began to teach at Shawlands Academy, Morag became a doctor at the Victoria infirmary. The following year they had a child and they lived happily ever after, untouched by the Russian State. But, in time, the child had to learn why his surname was not his family name.

My favourite part about writing Caught in a Cold War Trap was recalling how easily it was for the Russians to target me and how gullible I was as a schoolboy.

The inspiration for this novella was, after recording the life of my aunt Hilda in A Reluctant Spy, I remembered how I was groomed by the Russian State during the Cold War and I nearly became a Russian spy. Two spies in the family!

Notes were taken on the bus to visit my daughters in Edinburgh but the actual writing is, as always, at my desktop facing the wall while I am blind in my left eye. Classical music is played on my turntable. Bach’s Brandenburg concertos get me going and Hayden’s Symphonies 94 the Surprise and 109 the London, to get me through most days.

Making sure I don’t offend Russians and Ghanaians was a challenge.

Espionage, danger, romance, missions and entrapment, are how I describe the themes in this novella. As a bonus I have placed The Day I Confronted Usama bin Laden at the back of this book. You could say, I’ve led an interesting life.

I retired at the age of 53 as I found I had mild cognitive impairment MCI. This is a condition which gives me a poor memory but a sharp mind. It was difficult to find work that would take me and so I decided to write books. Sixteen years later, I have written twenty three books with another two yet to be published. I have learned the book writing skills though writing clubs and writers magazines. Over the years I find my writing is much better received. I am seen as a novelist but I have three illustrated children’s books, several biographies and three self help books as well. My website sags with the volume. But I cannot be pigeon holed. It depends what theme obsesses my thinking, as that will be my next book.

I have been on the committee of the Society of Authors in Scotland and have been their Events Manager. I am due to speak at next year’s Wigtown Book Festival as A Reluctant Spy will be a documentary by then. That reminds me I have an agent. A Literary as well as a Film agent in Mathilde Vuillermoz. With her on board I will release some of my self published books through her. Without an agent it is becoming more difficult to attract traditional publishers. So I remain optimistic and find like a graph, my trajectory is currently on an upswing.