Hey guys. Today I thought I’d share with you books and series I want to reread. These are all books or series I really loved the first time round and really want to get back to.

When orphaned Mary Lennox comes to live at her uncle’s great house on the Yorkshire Moors, she finds it full of secrets. The mansion has nearly one hundred rooms, and her uncle keeps himself locked up. And at night, she hears the sound of crying down one of the long corridors.

The gardens surrounding the large property are Mary’s only escape. Then, Mary discovers a secret garden, surrounded by walls and locked with a missing key. One day, with the help of two unexpected companions, she discovers a way in. Is everything in the garden dead, or can Mary bring it back to life?

This is my all time favourite book. I’ve reread it loads of times, but I really want to go through it again and annotate and highlight it. I just need to get a new copy because I really don’t want to do that in my original copy.

When orphaned young Maria Merryweather arrives at Moonacre Manor, she feels as if she’s entered Paradise. Her new guardian, her uncle Sir Benjamin, is kind and funny; the Manor itself feels like home right away; and every person and animal she meets is like an old friend. But there is something incredibly sad beneath all of this beauty and comfort—a tragedy that happened years ago, shadowing Moonacre Manor and the town around it—and Maria is determined to learn about it, change it, and give her own life story a happy ending. But what can one solitary girl do?

A new-fashioned story that is as wonderful as the best fairy tales.

This comes in at a very close second to the Secret Garden as my favourite book. I’ve only read it once or twice though (I can’t actually remember how many times I’ve read it). I’ve been meaning to reread this book for years now but for some reason I just never get around to it.

I Lost My Mobile at the Mall by Wendy Harmer I lost my mobile at the mall and am now facing certain death.
My mother will accuse me of being lazy, ungrateful and plain old stupid. The first death I suffer will be from an utter lack of natural justice. My father will sentence me to die by disappointment. His shoulders will sag and there will be a long escape of air from his chest, as if I’ve crept up behind him and pulled out his plug.

As if I deliberately lost my mobile phone to prove to him that there is no God. My best friend will kill me, all because there’s a photo in my mobile of her standing next to Hugh Jackman. I am not an overly dramatic person, but a year’s worth of numbers, texts and photos were in my phone, and if I don’t get them back my life is not worth living.

My parents got me this book for my birthday ages ago and I really super enjoyed it. It was so funny and such a quick read. I really want to reread it so that I can finally get around to reading the sequel.

The Hobbit by J.R.R. Tolkien

This is the story of how a Baggins had an adventure, and found himself doing and saying things altogether unexpected…

Bilbo Baggins is a hobbit who enjoys a comfortable, unambitious life, rarely travelling further then the pantry of his hobbit-hole in Bag-End. But his contentment is disturbed when the wizard, Gandalf, and a company of thirteen dwarves arrive on his doorstep one day, to whisk him away on a journey ‘there and back again’. They have a plot to raid the treasure hoard of Smaug the Magnificent, a large and very dangerous dragon…

Ramanin was a free world. Was. For the past sixteen years, the power of the SkyWarriors gradually increased. Ten years ago, it exploded. The SkyWarriors shattered the peace. The four races live in this uneasy time, going calmly about their daily lives as they put up a facade for their SkyWarrior rulers. Beneath this deception, however, is a land full of young warriors, ready to fight. One of these warriors is sixteen year-old highborn McKinley Rusko. McKinley has one mission: to fulfill the prophecy that guides his life, and in doing so, defeat the SkyWarriors forever. To do this he must gather the other three whom the prophecy concerns: Keeria di Zentra, Zakary Lizen, and Aspen Cherrywood. McKinley is no fool, but his plan is dangerous. If it fails, it is more than just his failure. It is the failure of many plans, many lives, and the loss of any chance of a free Ramanin…forever.

This book was actually written by a friend of mine. I first read it ages ago before I started this blog. I really want to reread it so I can review it. 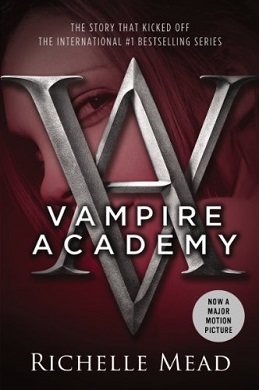 Lissa Dragomir is a Moroi princess: a mortal vampire with a rare gift for harnessing the earth’s magic. She must be protected at all times from Strigoi; the fiercest vampires—the ones who never die. The powerful blend of human and vampire blood that flows through Rose Hathaway, Lissa’s best friend, makes her a dhampir. Rose is dedicated to a dangerous life of protecting Lissa from the Strigoi, who are hell-bent on making Lissa one of them.

After two years of freedom, Rose and Lissa are caught and dragged back to St. Vladimir’s Academy, a school for vampire royalty and their guardians-to-be, hidden in the deep forests of Montana. But inside the iron gates, life is even more fraught with danger…and the Strigoi are always close by.

Rose and Lissa must navigate their dangerous world, confront the temptations of forbidden love, and never once let their guard down, lest the evil undead make Lissa one of them forever…

I read this series ages and ages ago, and I really enjoyed it. I’ve never reread it and I really want to change that. I also want to reread it before I FINALLY finish the Bloodlines series.

The Illuminae Files by Amie Kaufman and Jay Kristoff

This morning, Kady thought breaking up with Ezra was the hardest thing she’d have to do.

This afternoon, her planet was invaded.

The year is 2575, and two rival megacorporations are at war over a planet that’s little more than an ice-covered speck at the edge of the universe. Too bad nobody thought to warn the people living on it. With enemy fire raining down on them, Kady and Ezra—who are barely even talking to each other—are forced to fight their way onto an evacuating fleet, with an enemy warship in hot pursuit.

But their problems are just getting started. A deadly plague has broken out and is mutating, with terrifying results; the fleet’s AI, which should be protecting them, may actually be their enemy; and nobody in charge will say what’s really going on. As Kady hacks into a tangled web of data to find the truth, it’s clear only one person can help her bring it all to light: the ex-boyfriend she swore she’d never speak to again. The evil Shadow Lord is plotting to invade Deltora and enslave its people. All that stands against him is the magic Belt of Deltora with its seven gems of great and mysterious power. When the gems are stolen and hidden in dark terrible places throughout the kingdom, the Shadow Lord triumphs, and Deltora is lost.

In secrecy, with only a hand-drawn map to guide them, two unlikely companions set out on a perilous quest. Determined to find the lost gems and rid their land of the tyrant, they struggle towards their first goal – the sinister Forests of Silence.

I read this series when I was so young. It was my favourite series for years. Its been ages since I last read it, at least 5 years, and I really want to reread it.

Turning the envelope over, his hand trembling, Harry saw a purple wax seal bearing a coat of arms; a lion, an eagle, a badger and a snake surrounding a large letter “H”.

Harry Potter has never heard of Hogwarts when the letters start dropping on the doormat at number four, Privet Drive. Addressed in green ink on yellowish parchment with a purple seal, they are swiftly confiscated by his grisly aunt and uncle. Then, on Harry’s eleventh birthday, a great beetle-eyed giant of a man called Rubeus Hagrid bursts in with some astonishing news: Harry Potter is a wizard, and he has a place at Hogwarts School of Witchcraft and Wizardry.

An incredible adventure is about to begin!

I don’t think I need to explain this one.

So those are all the books and series I really want to reread. Feel free to leave any comments down below. Let me know if you have read any of these books.